Watson is architect, specialising in user friendliness of buildings. He usually assists large organisations with large property portfolios or special buildings to ensure that they functionality supports organisations' objectives.

He co-edited, Enhancing Building Performance, 2012 and has published various conference papers and journal articles on evaluation of buildings/architecture

Watson is architect, specialising in user friendliness of buildings. He usually assists large organisations with large property portfolios or special buildings to ensure that they functionality supports organisations' objectives.

He co-edited, Enhancing Building Performance, 2012 and has published various conference papers and journal articles on evaluation of buildings/architecture

Chris Brazier started his journalistic career at the rock music weekly Melody Maker in the late 1970s. Since 1984 he has been a co-editor at New Internationalist Publications, working on its monthly magazine about global justice issues as well as on its books. He writes regularly for UNICEF's State of the World's Children report and has authored books on topics as wide-ranging as The No-Nonsense Guide to World History and Trigger Issues: Football.

Rob Hopkins is the co-founder of Transition Town Totnes and of the Transition Network. He has many years' experience in education, teaching permaculture and natural building, and set up the first two-year full-time permaculture course in the world, at Kinsale Further Education College in Ireland, as well as coordinating the first eco-village development in Ireland to be granted planning permission.

The Transition Handbook has been published in seven other languages to date, and was voted the fifth most popular book taken on holiday by MPs during the summer of 2008. Rob publishes www.transitionculture.org, which has been voted 'the fourth best green blog in the UK'. He is the winner of the 2008 Schumacher Award, is an Ashoka Fellow and a Fellow of the Post Carbon Institute, served as a Soil Association Trustee for three years, and was named by the Independent as one of the UK's top 100 environmentalists. He is the winner of the 2009 Observer Ethical Award in the Grassroots Campaigner category, and in December 2009 was voted the Energy Saving Trust / Guardian's 'Green Community Hero'. He lectures and writes widely on peak oil and Transition, and has recently completed a PhD on Transition and Resilience at Plymouth University.

Central toThe Transition Handbook and The Transition Companion is the concept of 'resilience', which refers to the ability of a community to withstand external shocks and stresses. Rob argues that just cutting carbon emissions is insufficient: we need to rebuild the ability of our communities to provide for their core needs, and doing so will create huge opportunities for local economic regeneration. His books are about hope and optimism, and their untapped potential for engaging people in repairing their communities, their towns and cities, and, ultimately, their planet. The Transition Companion expands on the ideas in the Handbook, combining practical advice on starting and maintaining a Transition initiative with inspiring stories about groups across the world who are putting these ideas into practice.

He lives in Devon with his wife and four children. He has particular passions for cob building and walnut trees, and is staggered by the rate at which the Transition concept has spread.

Saci Lloyd is a children's writer and teacher. She was born in Manchester and raised in Anglesey, Wales. After leaving university for a life of glamour, she has worked at various times as a very bad cartoonist, toured the USA in a straightedge band, run an interactive media team at an advertising agency, co-founded a film company and finally wound up as head of media at a sixth form college in east London. Lloyd's first novels, the Carbon Diaries series, met with critical acclaim. Her book Momentum was released in 2011, and her latest book, Quantum Drop, was released in February 2013.

John Stewart has been an environmental campaigner for over thirty years, specialising
in transport and noise. In 2008 he was voted by the Independent on Sunday newspaper as the UK's 'most
effective environmentalist'. He is the author of Why Noise Matters, published in 2011 by Earthscan. He chaired the coalition that defeated plans for a third runway at London's Heathrow Airport. He chairs the UK Noise Association and for many years chaired the UK's leading transport NGO, the Campaign for Better Transport.

Professor Kevin Anderson holds a Chair in Energy and Climate Change at the School of Mechanical, Aerospace and Civil Engineering at the University of Manchester. From here he leads the Tyndall Centre's energy- and emissions related research. He is regularly called on to give advice to government and industry
stakeholders, as well as to contribute to wider public and policy forums on climate change. Anderson completed an apprenticeship in the merchant navy and is now a chartered engineer and a fellow of the Institution of Mechanical Engineers (IMechE). He has ten years' industrial experience, principally in the petrochemical industry. He is currently a non-executive director of Greenstone Carbon Management - a London-based company advising leading firms and public bodies on how to manage their carbon emissions - and is commissioner on the Welsh Assembly Government's Climate Change Committee.

Kate Andrews is co-founder of Loco2, a London-based start-up whose mission is to make booking a train in Europe as easy as booking a short-haul flight. She pledged to give up flying in 2005 and has since travelled around the world by land and sea. During a 26-month round-the world trip she visited 31 countries and travelled some 50,000 km by cargo ship, bus, yacht and train, taking just two short flights.

Tom Bennion is a lawyer specialising in environmental and public law, and indigenous
land claim issues. Although he is active on many environmental issues, climate change only hit home at a personal level when he realised that he was reading books to his three young children about the wonders of coral reefs, but they would almost certainly live in a world without them. His immediate reaction was to dress as an elephant and walk the streets of New Zealand's capital city, Wellington, to remind people of the 'elephant in the room'. He has been networking and writing about the issue ever since.

Dr Susan Krumdieck is Associate Professor of Mechanical Engineering at the University of Canterbury in New Zealand, Director of the Advanced Energy and Materials System Lab, National President of Engineers for Social Responsibility, a member of the Royal Society of New Zealand Energy Panel in 2005 and head of the transition engineering firm, EAST Research Consultants Ltd. Dr Krumdieck's research group develops engineering analysis and modelling tools to help transport and power providers to reduce their fossil fuel demand greatly - in other words, for figuring out how to crash-land our carbon-based economy!

Ed Gillespie is co-founder of Futerra, one of the world's leading specialist sustainability communications agencies. In 2007-8 he circumnavigated the globe without flying. A former marine biologist, Ed is passionate about the sea and slow travel, and he loves a trans-oceanic crossing on a cargo ship. Ed writes regularly for various media on sustainability and sits on the London Sustainable Development Commission. He is director of, and an investor in, www.loco2.com, which pioneers European rail travel as an alternative to short-haul flights. He dices with death daily in London on his trusty Dutch bicycle.

Adam Weymouth is a writer and sometimes walker. His work has appeared in various publications, including the Guardian, the New Internationalist and the Ecologist, and he has worked for a number of environmental organisations. He lives between Devon and Brittany, and he is currently writing a novel.

Lowanna Doye's environmentalism began in her teens when she co-founded an eco club for students at her high school. A visual arts degree at Australia's Newcastle University saw her major in photography and video. Post-university her dual passions were unified in her work for Undercurrents, an Oxford-based
environmental and social justice videozine. When she met fellow video activist Kev Doye, the bike2oz dream was born. They now live with their four children in an off-the-grid eco house in Bellingen, on the east coast of Australia, where they run a thriving organic grocery store focused on supporting local growers.

Nic Seton is a child of the eighties. Born in Australia, he grew up with mobile phones, the Internet and the UN Framework Convention on Climate Change. His interest in local environmental events led to a degree in environmental studies, and student life led to activism. As part of the Australian Youth Climate Coalition he
travelled, by train and bus, to the 2008 UN Climate Change Conference in Poznań, Poland. After the conference, he migrated to the United Kingdom and has been campaigning on climate change ever since. He is now a digital campaigner at Greenpeace. 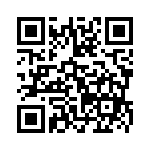