Get this book in print

Page 18 - Voyage to the Bottom of the Sea and Land of the Giants; amidst these assignments he also penned the horror classic Curse of the Demon, based on Montague James' short story Casting the Runes.
Appears in 7 books from 1972-2006

Tom Weaver lives in Sleepy Hollow, New York, and has been interviewing moviemakers since the early 1980s. The New York Times called him one of the leading scholars in the horror field and USA Today has described him as the king of the monster hunters. Classic Images called him "the best interviewer we have today." He is a frequent contributor to numerous ﬁlm magazines and has been featured in the prestigious Best American Movie Writing. A frequent DVD audio commentator, he is the author of numerous reference and other nonfiction books about American popular culture. 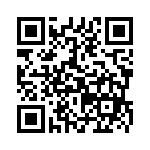