Get this book in print

Page vii - We can study files for decades, but every so often we are tempted to throw up our hands and declare that history is merely another literary genre: the past is autobiographical fiction pretending to be a parliamentary report.
Appears in 18 books from 1966-2006

Jonathan G. Katz is Associate Professor of History at Oregon State University. He is author of Dreams, Sufism, and Sainthood: The Visionary Career of Muhammad al-Zawawi. He lives in Corvallis, Oregon. 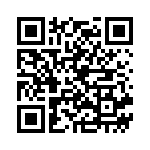