Reviews aren't verified, but Google checks for and removes fake content when it's identified

THE RWANDA CRISIS: History of a Genocide

Painstaking analysis of the 1994 civil war in the central African nation of Rwanda, in which hundreds of thousands of civilians were slaughtered. Genocide seems a species of unforeseeable madness ... Read full review

The Rwanda crisis: history of a genocide

One of the absolute and mystifying horrors of the late 20th century has been the carnage taking place in the small central African nation of Rwanda. It is also probably safe to say that it has been ... Read full review

A renowned analyst of East Africa, the Horn, Sudan, and the Great Lakes of Africa, Gérard Prunier is a Research Professor at the University of Paris and the author of DarfurA 21st Century Genocide; From Genocide to Continental War: The Congolese Conflict and The Crisis of Contemporary Africa. 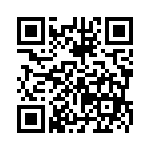