Jacob Festus Ade Ajayi was born in Ikole Ekiti, Nigeria on May 26, 1929. He was educated at Igbobi College, Lagos; University College, Ibadan; and University College, Leicester. He received a B.A. and a Ph.D. in African history from the University of London. He was professor of history at the University of Ibadan from 1963 until 1989. He was a pioneer in the study of indigenous African history. He wrote and co-wrote several books including Milestones in Nigerian History, A Thousand Years of West African History written with Ian Espie, Yoruba Warfare in the Nineteenth Century written with R. S. Smith, Christian Missions in Nigeria 1841-91: The Making of a New Elite, and A Patriot to the Core. He was also a founder of the Ibadan History Series, a series of scholarly works providing new perspectives on African history. He died on August 9, 2014 at the age of 85. 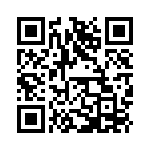